Today my sister Polly and I went to ArtsEkta‘s Festival of Colours for the first time and had an absolute ball. Often in life, when you look forward to something that you’ve never done before, that EVERYONE says is brilliant, that from all the advertising and online hype looks class… it is a let-down.
Festival of Colours was even better than I’d hoped. Between 1pm and 6pm on Sunday, Nugent Hall at the King’s Hall complex – normally an unremarkable barn of a place – was transformed into a multicoloured medley of people, music, market stalls, delicious food smells and laughter.

We arrived shortly after 3pm, just in time to see the South Asian Dance Academy shimmying, shimmering and sashaying before Dhol and Jazz Fusion took their saxophone and drums to the stage to get the crowd in the mood for the main event – the colour powder party.

After purchasing our powder bag tokens for just £1 each, hundreds of us joined a snaking (and somewhat shambolic at times) queue around the cordoned off ‘arena’ in the centre of the hall. Groups of a couple of dozen at a time collected their powder bags and were ushered in for their ten minutes of unbridled, multicoloured madness.
I spoke in my last post of wanting to be “part of the rainbow” and dance through that rainbow we did. When our group skipped into the arena and the music began to pump, my sister and I spent a few gleeful minutes attacking each other with fistfuls of pink, orange, green and red powder, before our fellow rainbow dancers pulled us into the party.
Clouds of purple, yellow and orange exploded around us as one after another, smiling, powder-covered faces appeared with cries of “Happy holi!” and rained colour over our heads. Hands appeared on our shoulders and around our necks, plastering us in powder, grabbing us for dances and cackling when we retaliated with powder bombs of our own.
So now I’m here on my sofa, reluctantly facing the prospect of a shower. Right now, I look like a happy, contented little work of art and I feel like I’m still part of that multicultural, joyous rainbow family. As soon as I see these colours running down the plughole, the day’s officially over.
A marvellous event and one that was a joy to celebrate with my beloved wee sister, who was just as up for the mayhem as I was. I hope you enjoy the pics. 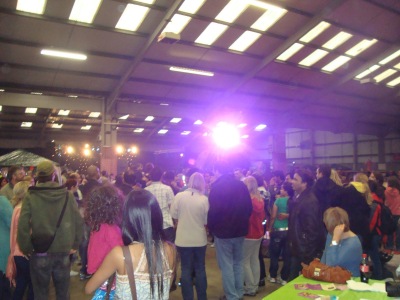 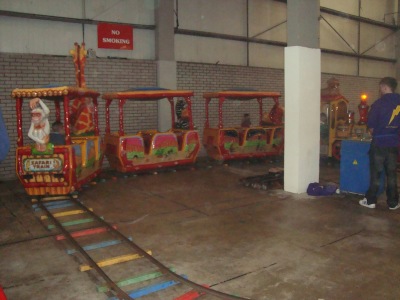 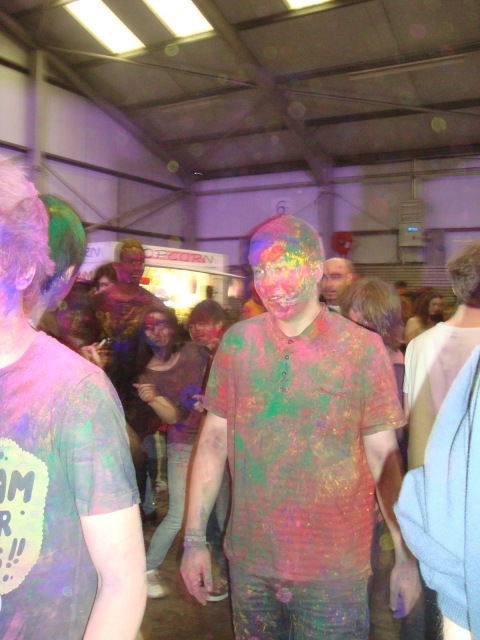 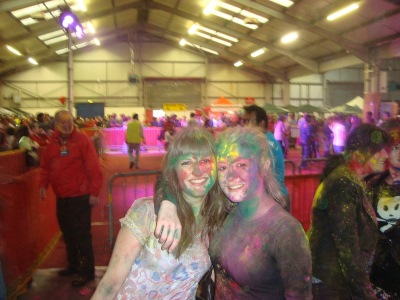 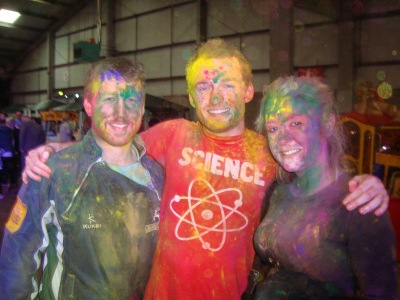 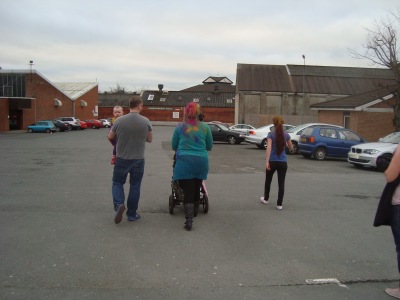 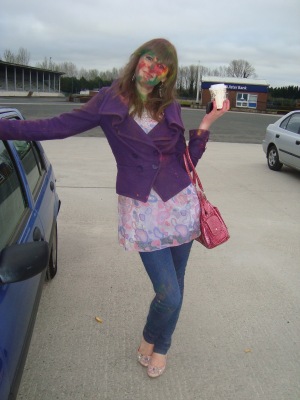 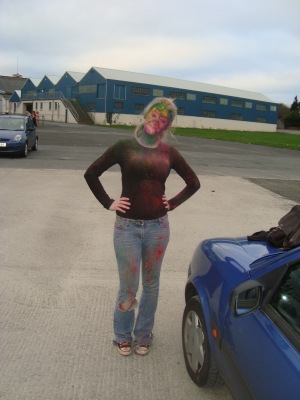 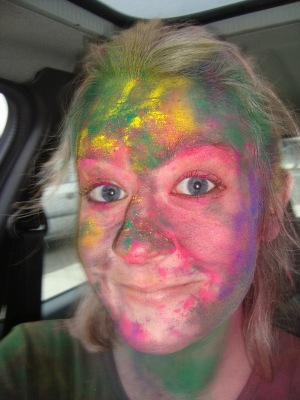 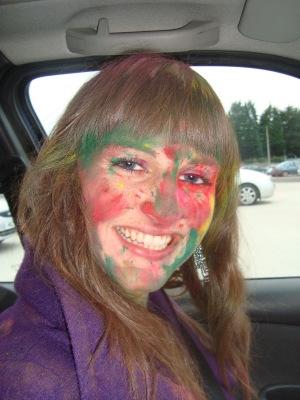 7 thoughts on “Heather and Polly do Holi”