I write this post having spent last night reading – in a mixture of horror and despair that is becoming all-too-familiar in Northern Ireland in July – that North Belfast has seen ugly scenes of sectarian violence.

I urge you to read and please share this article as a reminder that, although a minority (and they are a minority) want to keep us forever separated in fear and misunderstanding; the arts, creativity and music – as Ralph McLean says in this following video – can bring us all together, and keeps doing so.

Let’s keep celebrating – together – the things we do right in Northern Ireland. Maybe it will help us forget our petty differences one day.

This was my first ever visit to Buskfest, although the street-music festival is now in its 12th year, and it was clear to see from the outset why it has been going from strength to strength for so long.

For three and a half hours, buskers perform on the streets of Banbridge. As well as pleasing the punters, they’re hoping to impress a team of judges, who visit every act and decide who wins a share of the £3,000 prize pot, divided up and awarded at the finale concert in Solitude Park in the evening.

The town was absolutely buzzing before the festival even officially started at 1pm. Singers, bands and musicians had been milling in and out of the town hall from 9.30 that morning to sign up for their spot for the day, and most were tuning and warming up as soon as they settled in to their pitch. Music was ringing out from every corner of the Bannside town long before midday.

Below are some of the dozens of photos and videos I snapped on the day. I couldn’t put my camera down, and my overzealous Instagramming saw my phone waving the white flag by 5pm!

Video isn’t yet my strong point, but hopefully it gives you an idea of the amazing talent I was lucky enough to experience. From a young boy shredding the hell out of 70s rock, to jazz funk bands, rap duos, and angelic versions of modern disco classics, there literally was something for everyone to enjoy. I was rather proud to find I had zoned in on three of the six winners (Tap, Gavin Ferris and David Goodwin) *smug face* 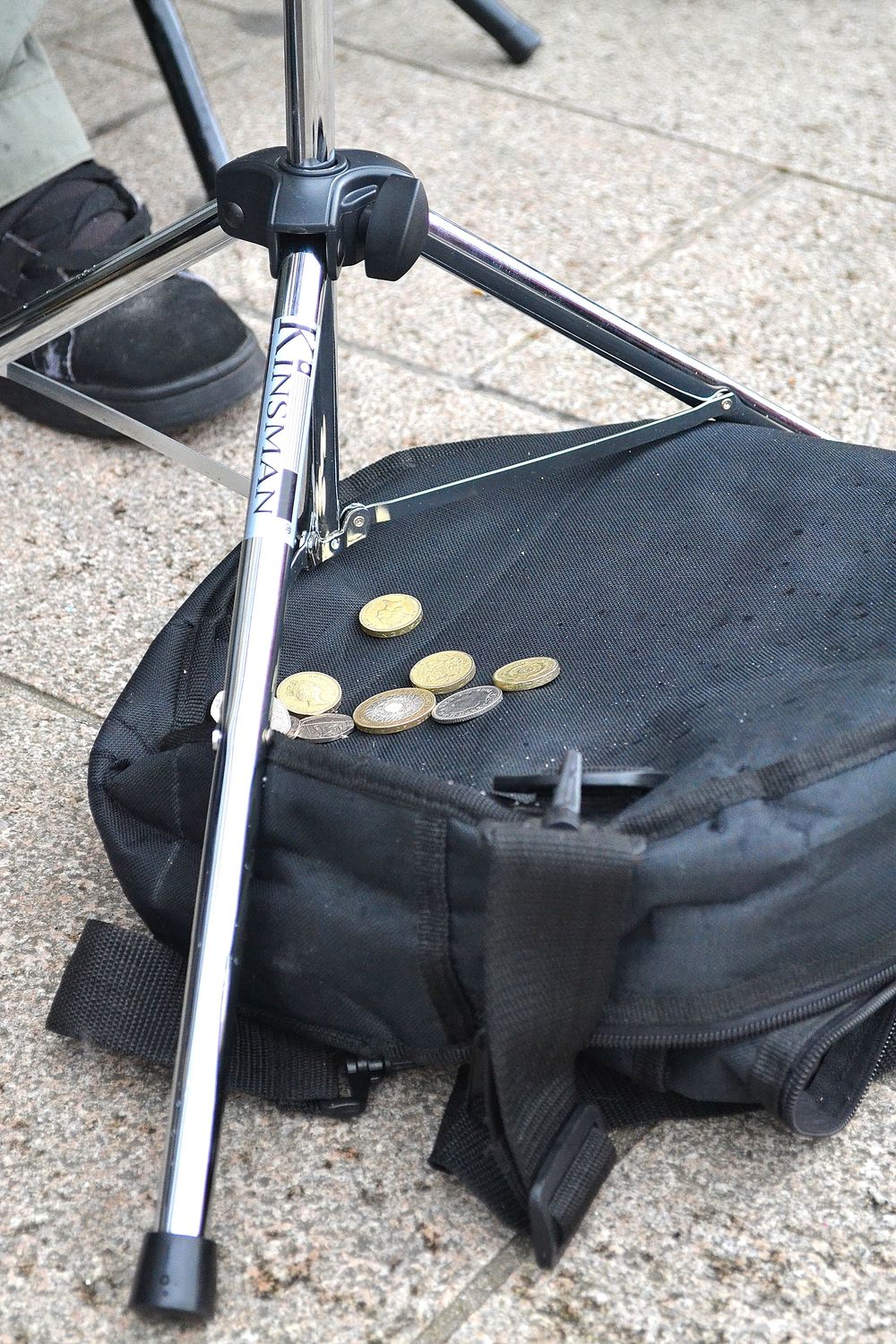 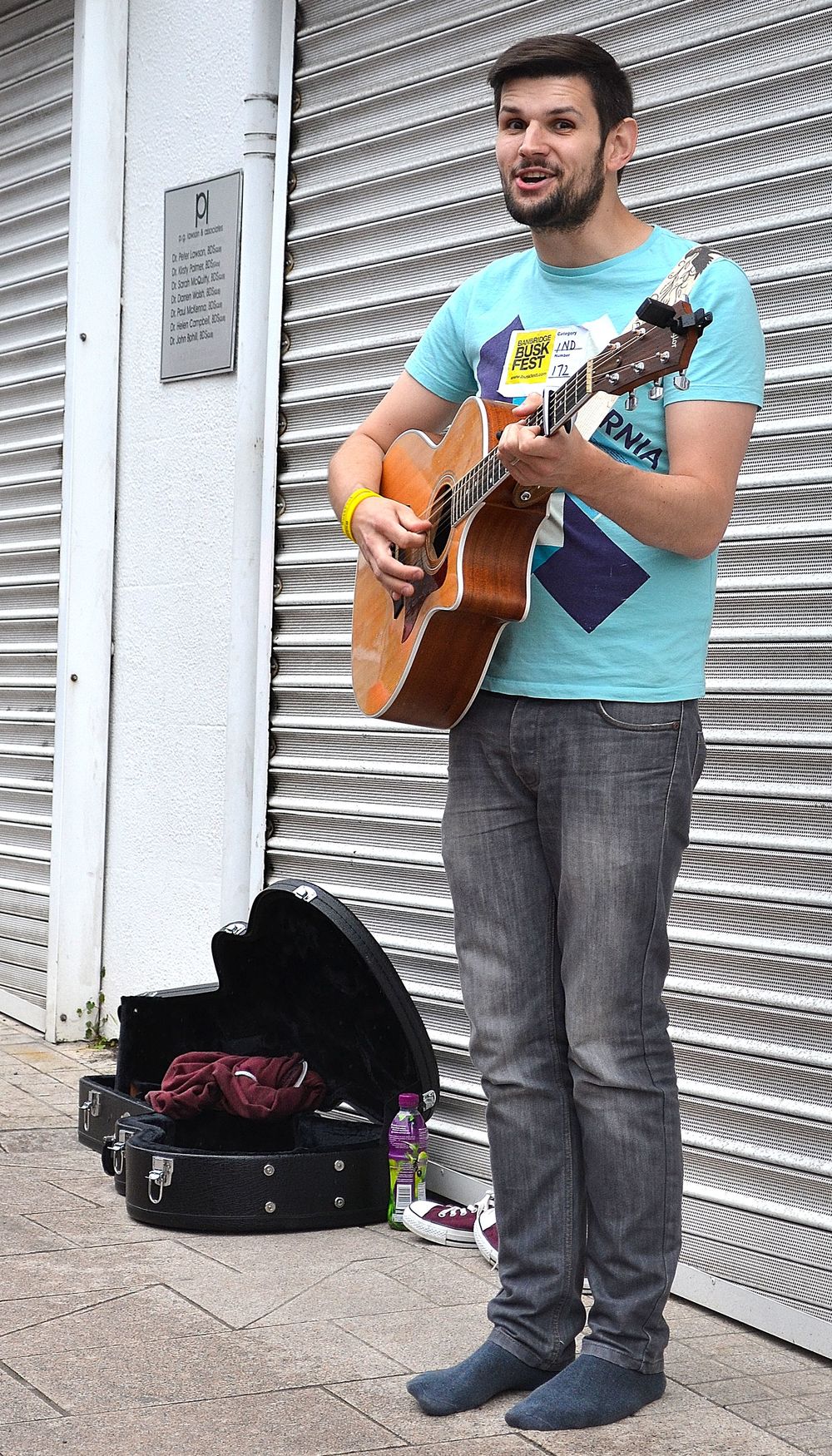 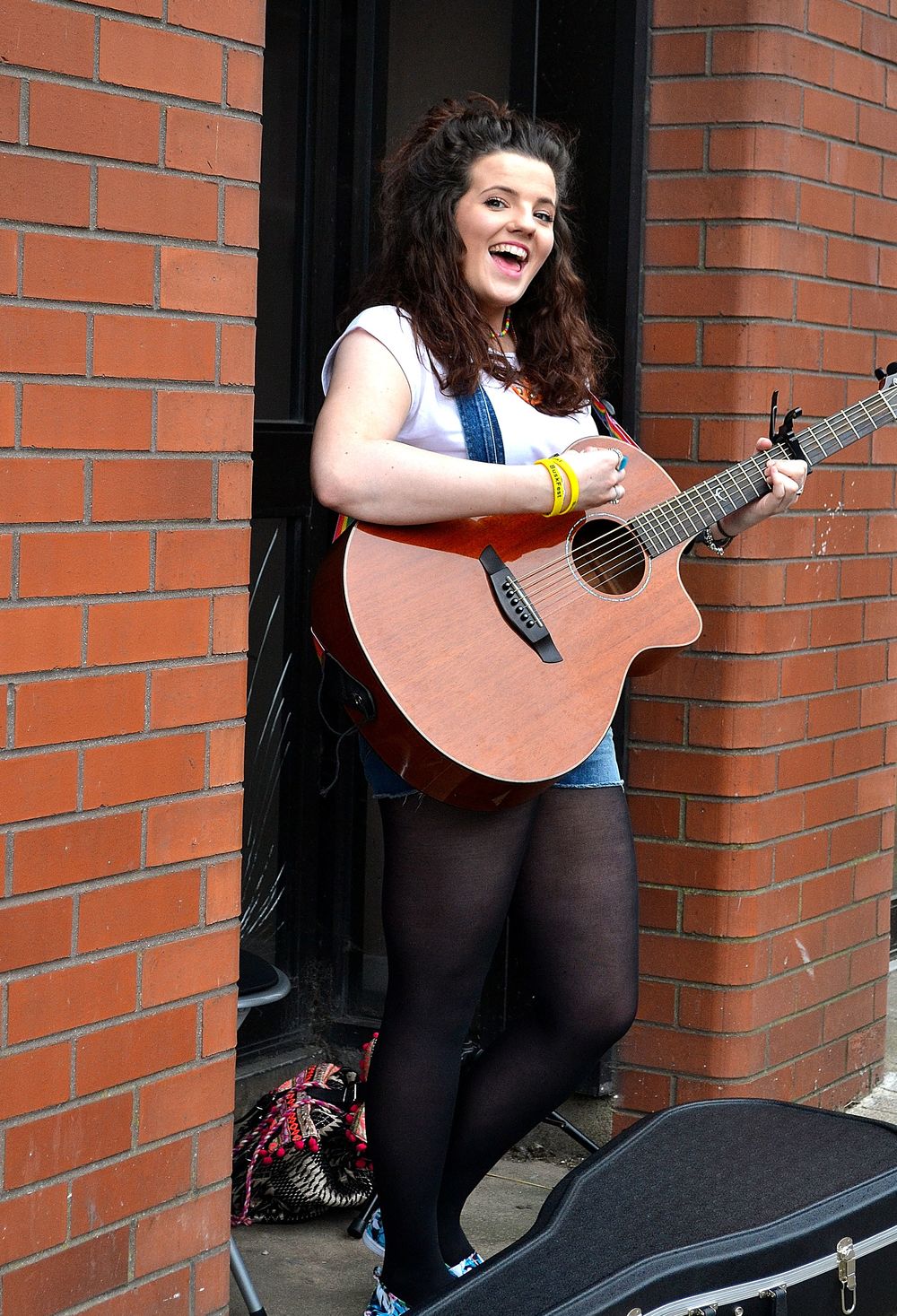 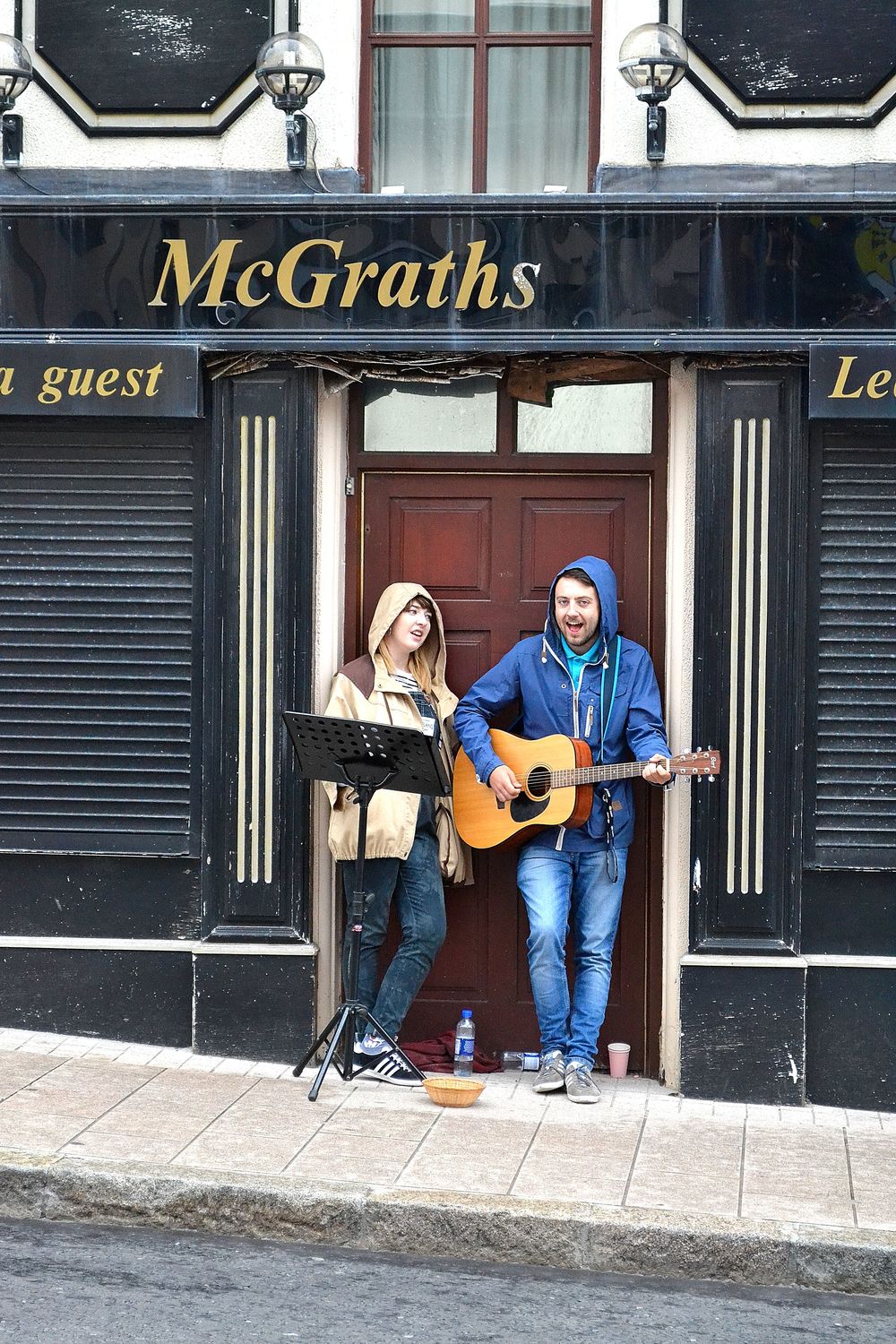 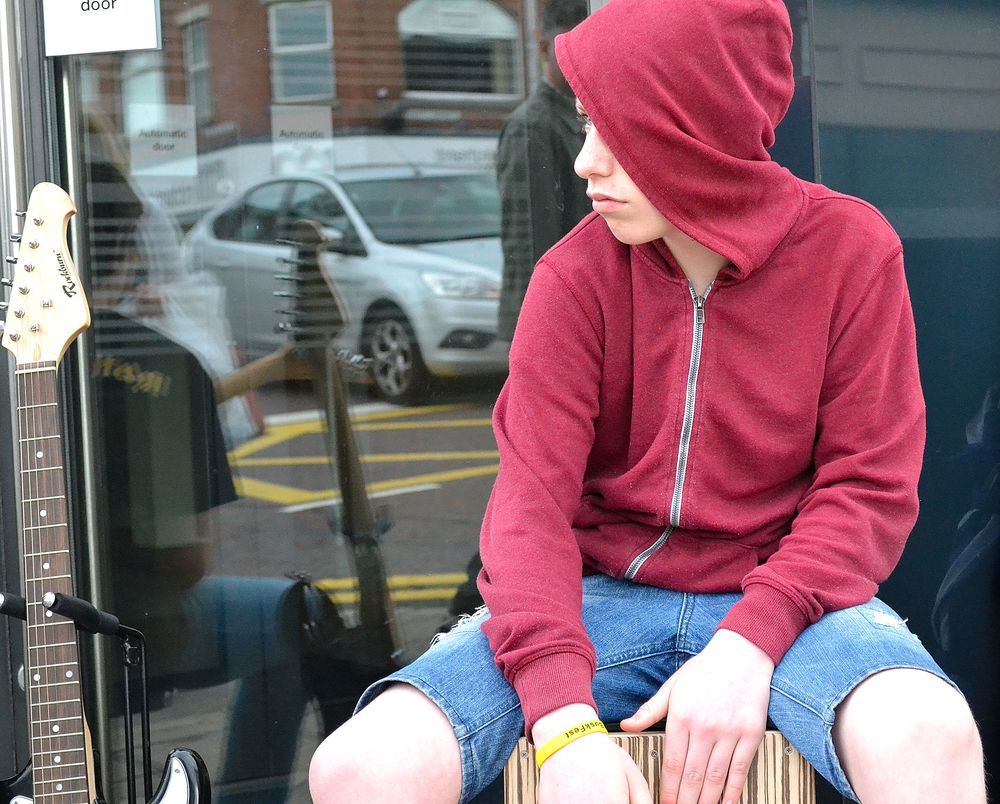 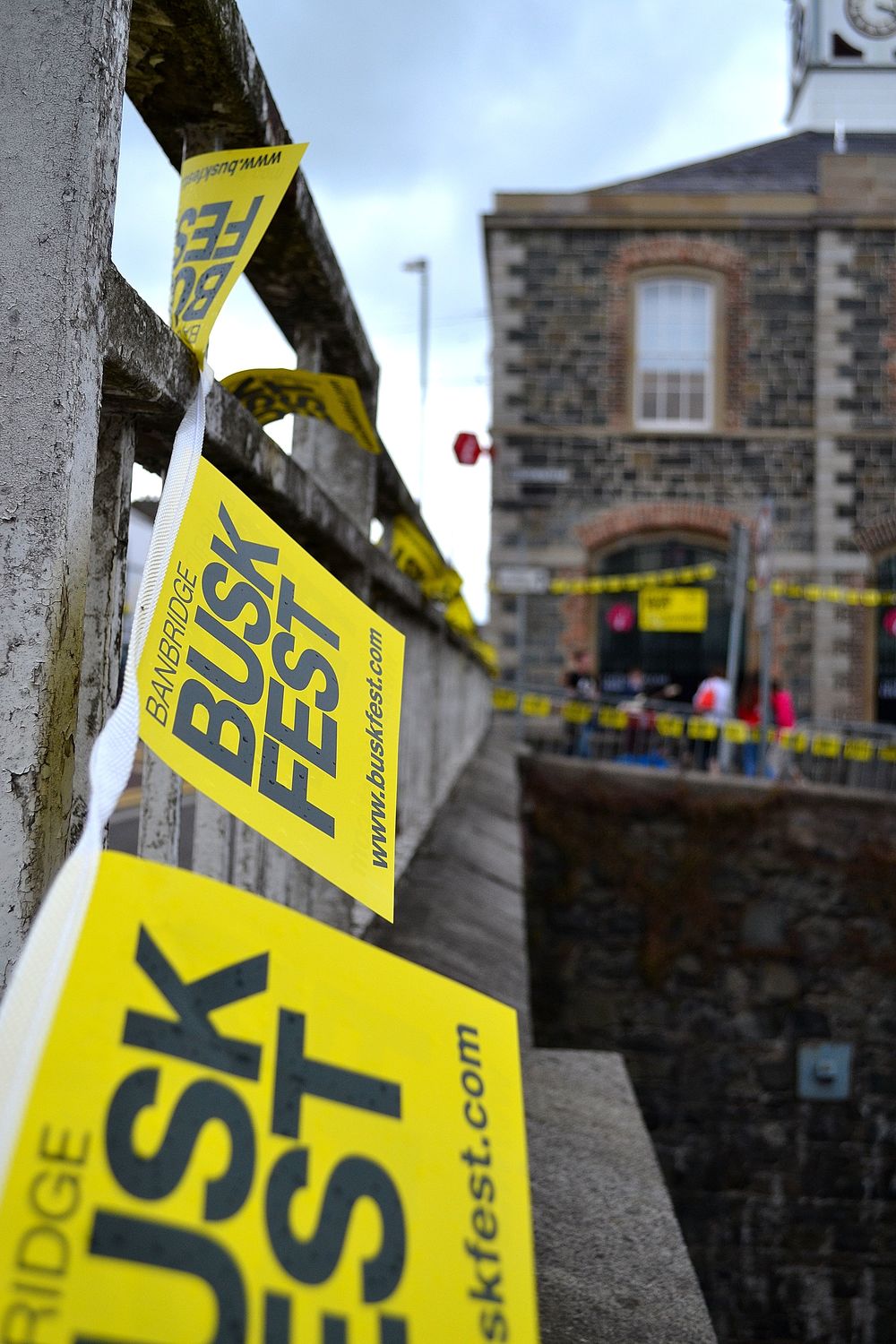 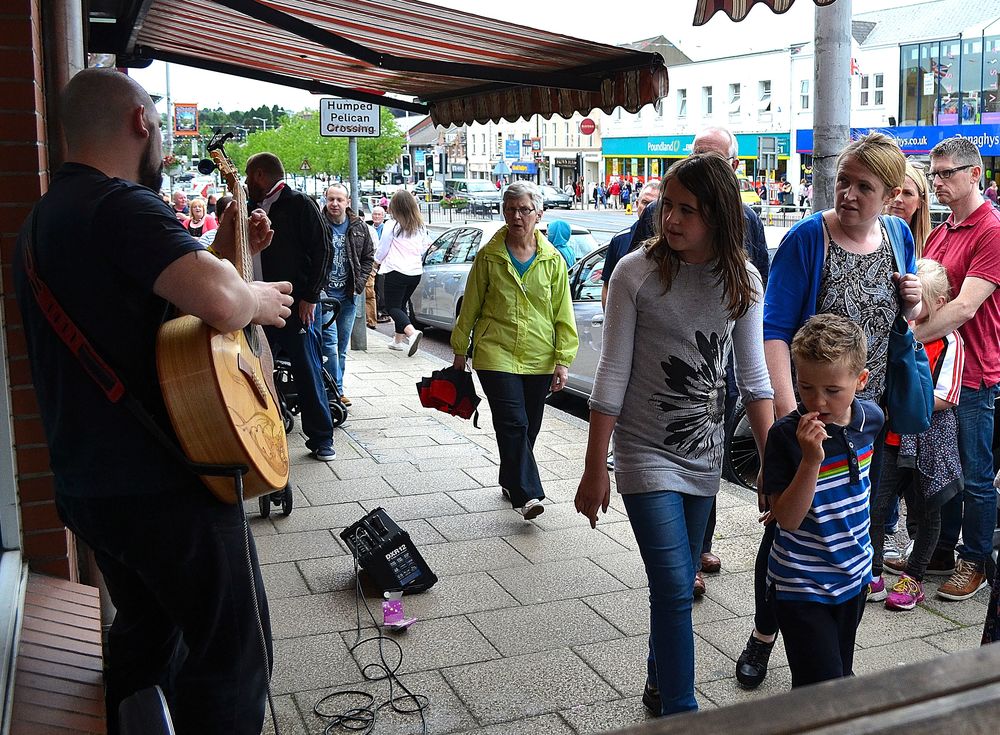 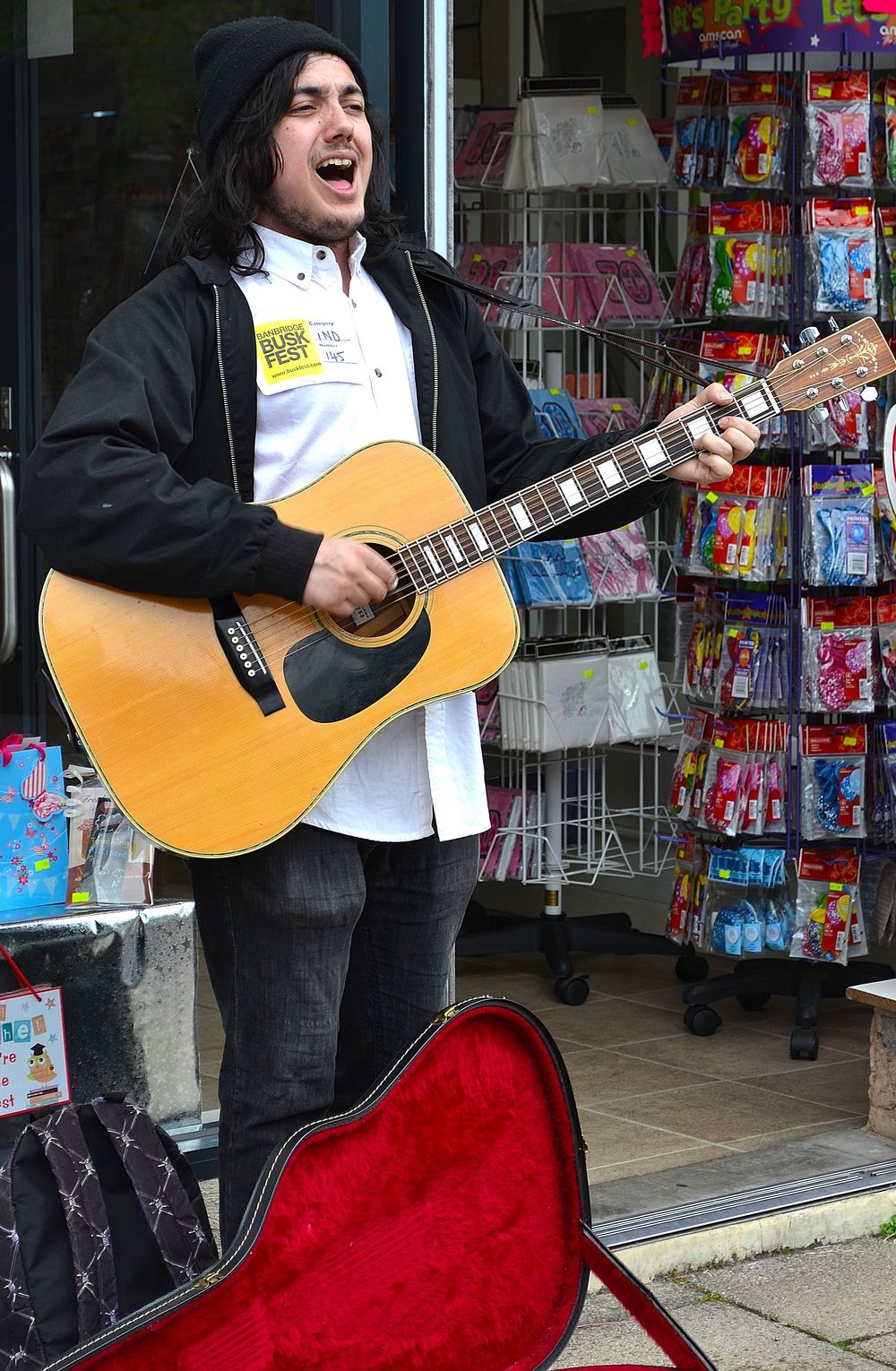 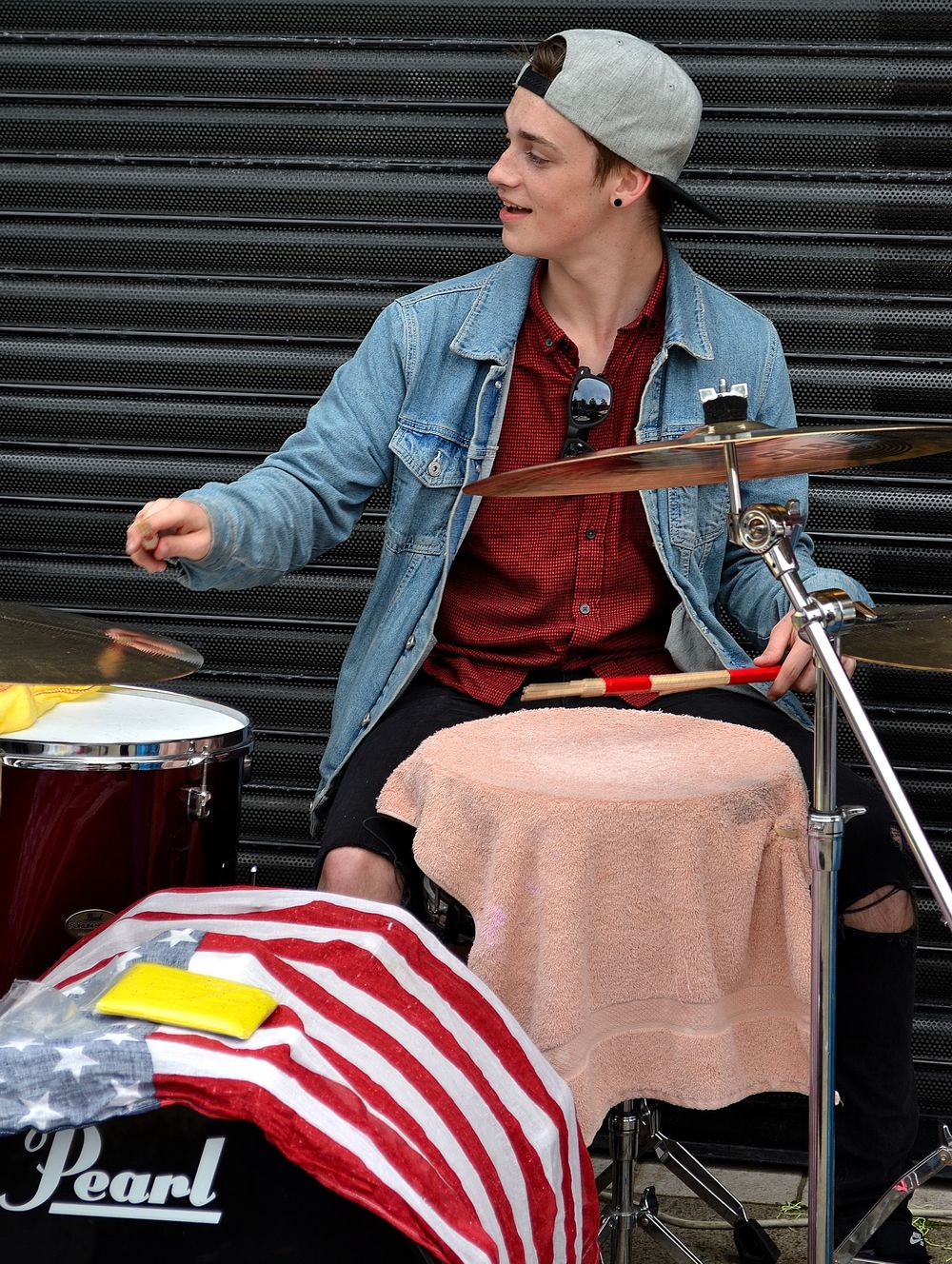 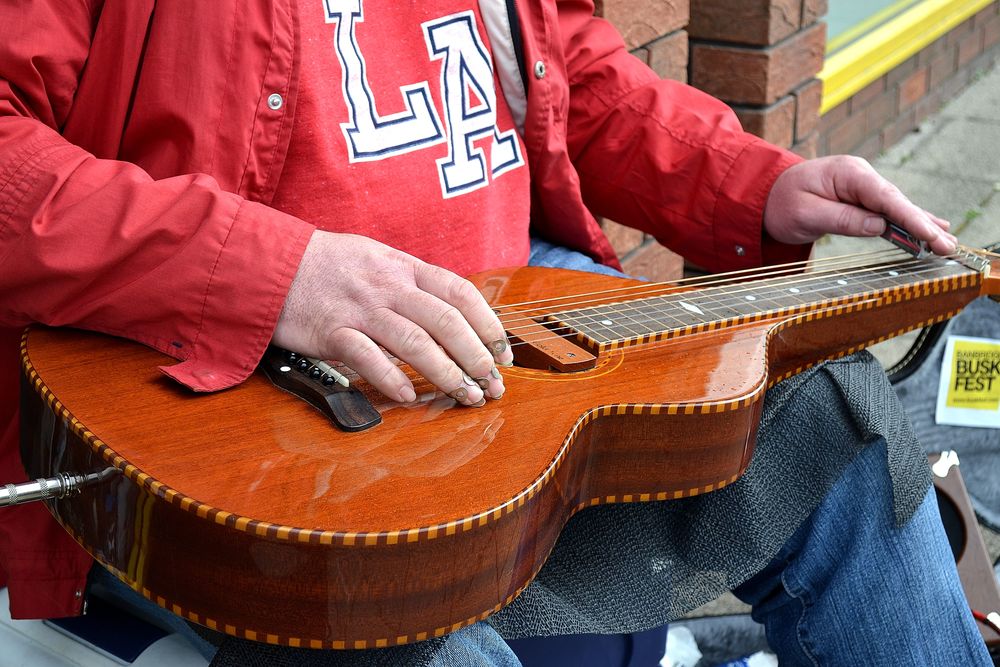 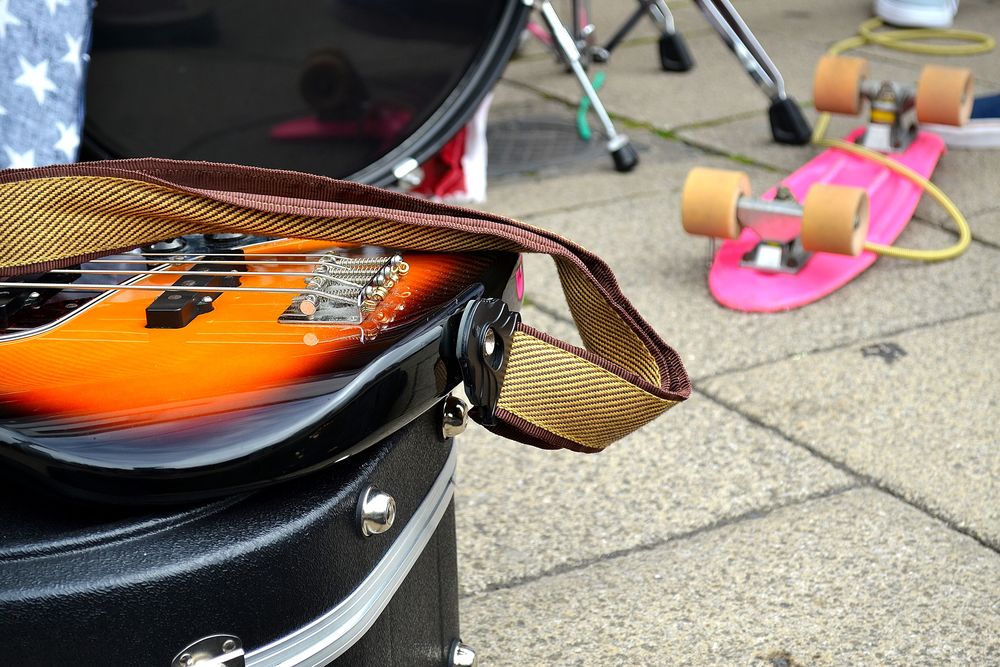 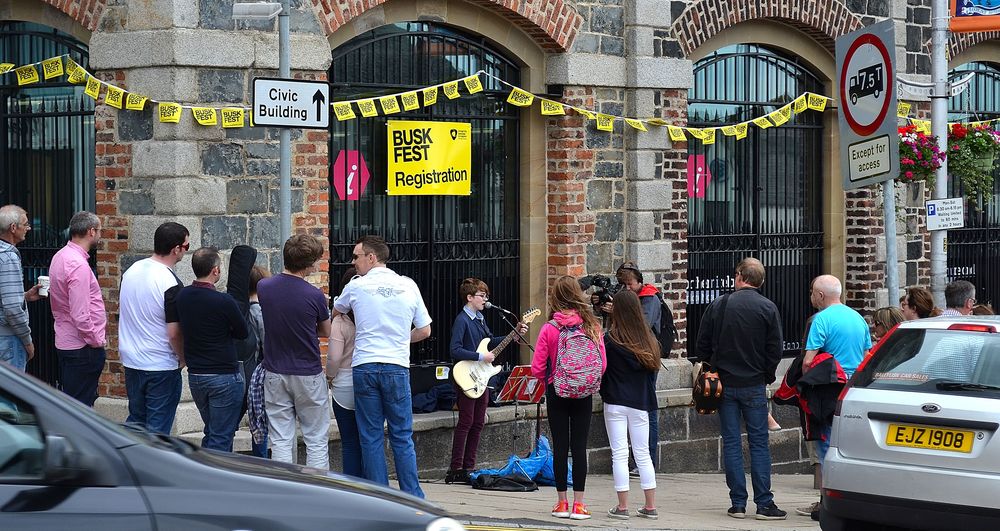 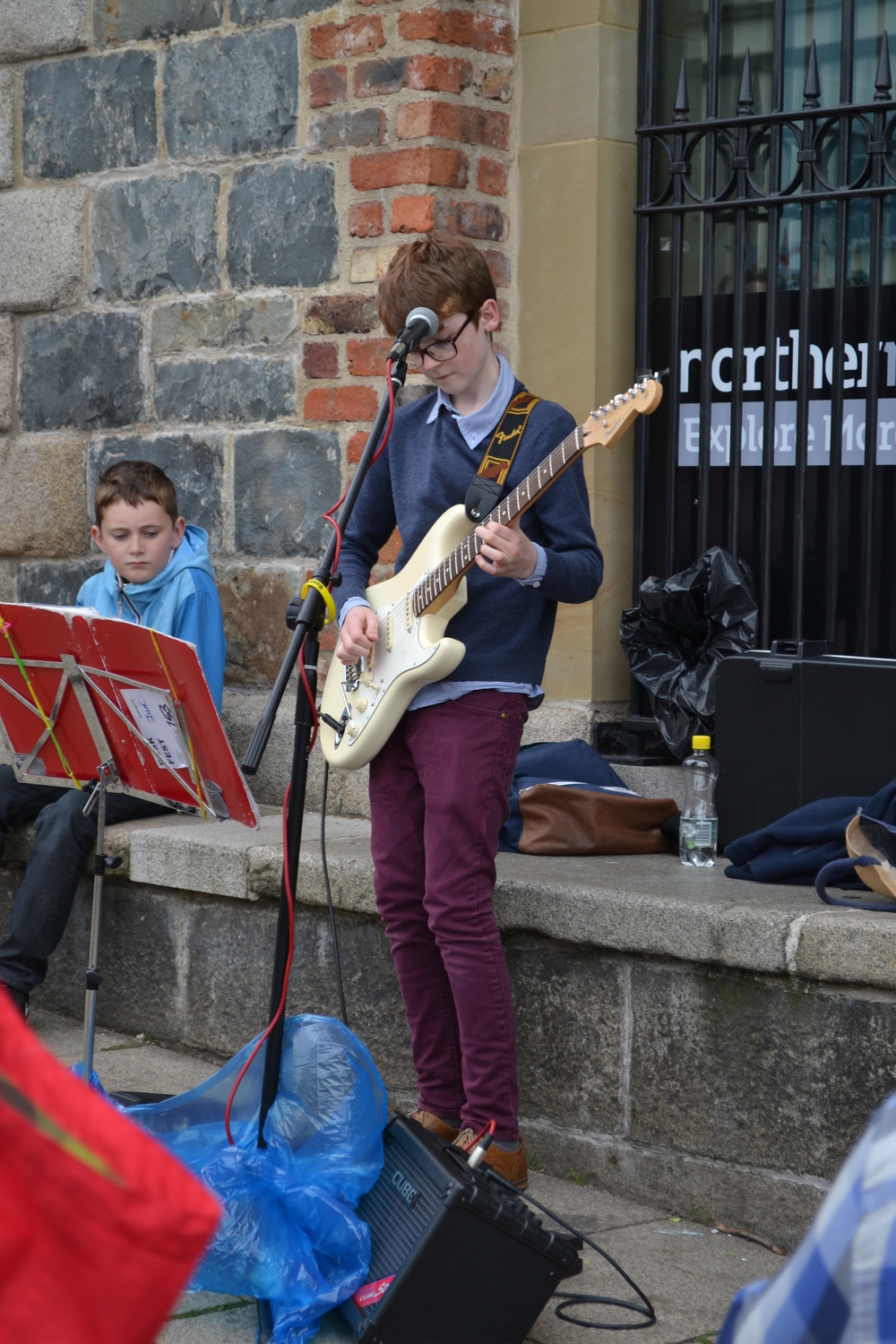 At 6pm the buskers, their families and friends and many of the crowds who’d been enjoying the free entertainment all day, all headed into Solitude Park for the finale concert and awards ceremony.

Ralph McLean compered and Daniel Duke of BBC’s The Voice put on a great gig, ably assisted by his equally-talented brother James, also a contestant on the talent show. His self-penned songs went down just as well – if not better – than the covers, with a great mix of upbeat folky rock, as well as some beautiful soulful ballads.

Daniel is a passionate supporter of the festival, having not only cut his performing teeth at Buskfest, but winning it a number of years ago.

I’m looking forward to visiting Buskfest next year, and hopefully for many years to come. A timely reminder of Northern Ireland getting it right.